Barriers and Bias for Women in Tech 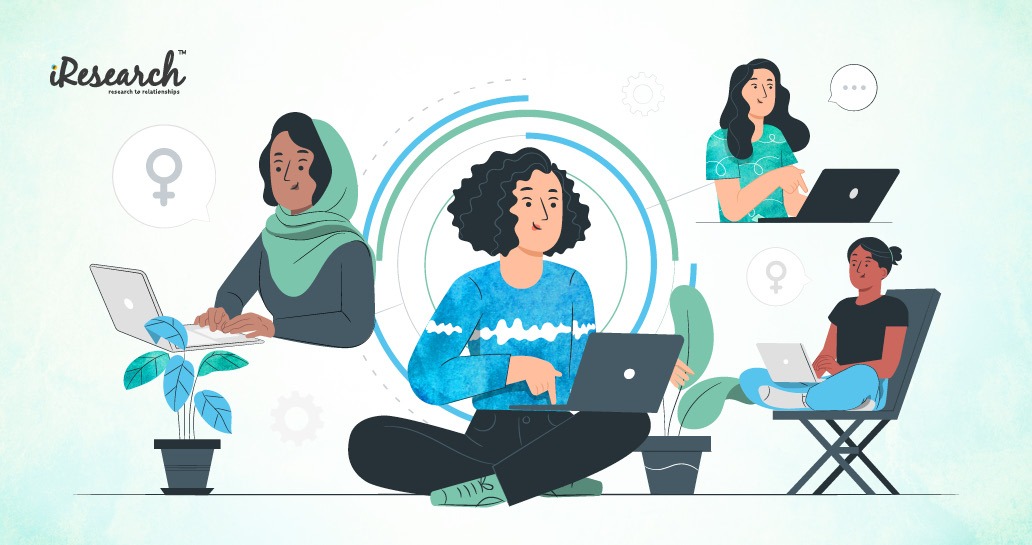 Although DEI initiatives in the technology sector have gathered momentum, women still encounter bias and barriers.

Gender equality in the technology sector has been a vexing issue for a long time. Despite some laudable initiatives to overcome bias and sweep away barriers to progress, sadly, it remains crystal clear that many companies still fail to provide a level playing field.

The issue is of such significance that iResearch Services felt duty bound to shine a spotlight on it in their ‘How Sustainable is the Technology Sector?’ report based on a study of 550 industry executives across 11 countries. This is by no means the only time they have explored gender inequality and we’ll come to some of their other research in this area soon.

But first, some context.

Lean In, the seminal book by Facebook executive Sheryl Sandberg famously used insight to explore gender differences coupled with practical advice to help women achieve their goals. It struck a chord and seemed in tune with the zeitgeist, shifting millions of copies and riding high in the bestseller lists for over a year.

Yet it’s been almost a decade since Sandberg, who recently announced her departure as COO of Facebook’s parent company Meta, published her hotly debated book. And most of the problems she articulated still persist.

An industry dominated by men

To begin with, tech remains a field dominated by men. TechInformed reported in March 2022 on the lack of gender diversity in technology, citing figures from the American Association of University Women (AAUW), which show that women make up only 28% of the workforce in science, technology, engineering and mathematics subjects (STEM) and are diverted from studying these subjects at a systemic level. The report shows how women are still deeply underrepresented in tech roles, making up only 14% of the workforce in software engineering and 25% of the total workforce in computer science roles.

Meanwhile, in the UK, women comprise only 18% of the tech workforce and among this minority, there are some misgivings. Tech Talent Charter research from 2021 found that 1 in 5 women were thinking of leaving the sector.

Why? Many felt discouraged by a lack of female representation at the top of their organizations or were disillusioned by the fact that there were inadequate processes and systems in place to prepare them for promotion.

They wanted to find out more, so on International Women’s Day 2022, with its theme of #BreaktheBias, iResearch Services spoke with women who have similar stories to share and have met with resistance for speaking up. One female tech start-up co-founder who is active in seeking gender parity in the sector told us she has been cut off and berated by men in gender diversity meetings who took the stance that it is not really a problem. For them, discussing the issue was a waste of time.

She elaborated: “I am sick of the tax on women in tech of having to spend their energy on these conversations – these efforts are also unpaid and ultimately benefit a for-profit company – but this is obviously something I also cannot sit back on.”

Of course, many men support the push for parity, and some actively campaign for it. Take the organization, Men for Inclusion, which brings together men who already understand the benefits of diversity and want to speed up the move to a more inclusive world and workplace.

On a larger scale, around 30 tech giants, including Google, Apple and Twitter, are part of the influential Action to Catalyze Tech (ACT) coalition that promises to take action to transform Diversity, Equity, and Inclusion (DEI). The 162-page ACT report calls on tech companies to commit to bold, collective action by open-sourcing DEI best practices, encouraging collaboration on systemic solutions, and increasing accountability to drive change. It was instigated by a working group, which includes PwC among its founder members, and encourages more companies to become signatories. ACT recommendations include:

ACT is unquestionably an initiative to be welcomed, and there are signs of positive progress, across the tech industry. Moreover, the Work from Home revolution triggered by the pandemic has destigmatised hybrid and remote working, and there is a widespread view that this will help chip away at gender and other inequalities in the sector. There are concerns that this progress will recede as more organizations return to the office environment, however, so campaigning continues…

Taking strides at the Top

Significantly, there is also evidence of a changing picture at the top of tech companies. Deloitte research finds that roughly one in four leadership positions (25.3%) at large global technology firms are expected to be held by women in 2022. That’s an increase of over four percentage points from 21.2% in 2019.

The glass ceiling isn’t what it once was. But it is yet to be entirely shattered.

With the rise of Environmental, Social and Governance (ESG) initiatives, DEI has become tightly intertwined with sustainability – and this really matters in the war for talent. As our report found, 89% of employees say sustainability is important when choosing a new employer.

All the more reason for companies who lag behind on gender inclusion to make long overdue changes.