Financial Scams at Record Levels in the UK 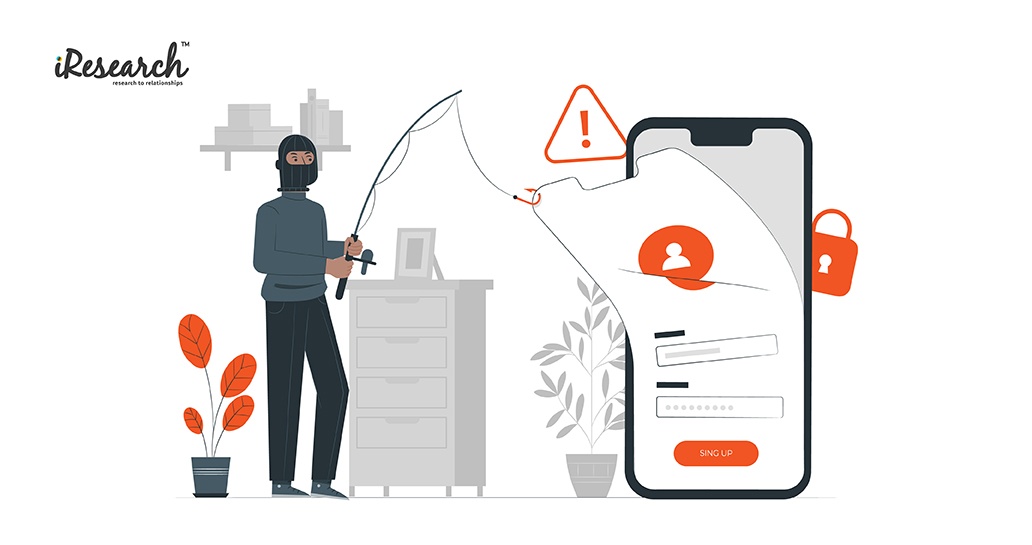 In 2021, £2.35 billion was lost to financial fraud and cybercrime in the UK, up from £1.8 billion the previous year, according to Action Fraud, the national reporting centre run by the City of London Police.

If that was public money, it represents the equivalent of the cost of building 25 new hospitals or more than double the amount the UK gave in grants to businesses hurt by Omicron in the new year. But it’s not public funds that are being lost to fraud, it is hard-earned money being taken from individuals, both young and old, which often has serious repercussions on their lives. There is not just the financial damage to overcome, but the emotional and psychological trauma as well.

Financial scams are driven by misinformation and this is the subject of a new iResearch Services report, Does fake news affect your business? Misinformation includes any inaccurate information, whether or not it has been created or distributed deliberately.

One section of the report focuses on financial scams. When you consider those most vulnerable to financial scams, you probably think of the elderly, who can more easily be confused and misled. But our survey shows that younger people are more at risk of falling prey to misinformation and fraud.

This is a subject we have visited before in our Transparency, Trust and Technology: The Future of Financial Services study. It showed that almost all of those who have a high trust in digital banking services are young people. In total, 73% of respondents trusted banks with their data and 97% were aged 18-39.

It comes up again, as we asked 600 business leaders and 1,000 consumers from around the world how misinformation affects their companies and industries, society and their individual lives. Surprisingly, it is younger people who are more commonly victims of financial scams involving misinformation, with the 18-23 age group (32%) more likely to be victims compared to the 56+ group (6%), according to respondents.

Previous research from NatWest also suggests that young people are more likely than the elderly to be victims of online fraud, with those over-75 being least likely.

Misinformation can take many forms when it comes to financial scams and, as technology is evolving, fraudsters are becoming more proficient and professional in their deceit. Gone are the days when all we had to worry about were badly-spelled appeals for money transfers from rich sheiks or long-lost relatives.

As more of us go online for shopping and banking, we face a growing menace of identity and financial theft.

With more of us working from home during the pandemic, the opportunities for misinformation only increased, with a 73% increase in UK email phishing during the first six months of the COVID-19 pandemic, according to HM Revenue & Customs. From March-September 2020, there were 45,046 email attacks a month on average, compared to 26,100 in January and February 2020.

Scammers take every opportunity to appear genuine and even impersonated HMRC officials during the pandemic to persuade business owners that government COVID support applications had been rejected, referring them to a bogus website, which was branded as belonging to HMRC, to steal their credit card information. The threat of being misdirected to a false website is a growing one. According to the Webroot Quarterly Threat Trends Report in early 2022, around 1.4 million new phishing sites are created each month.

Nowadays, fraudsters can copy voices in phishing techniques over the phone and use deepfake videos to impersonate people and bring down business systems using ransomware. We talk more about the dangers of deepfake videos in our blog, Misinformation and disinformation are big business. Ransomware is not only a problem for blue-chip companies, but it now increasingly affects small and medium-sized businesses.

Under-35s are also more likely to be at risk from impersonation scams, says anti-bank-fraud organisation UK Finance. It has a website full of practical help to combat misinformation and is running a Take Five to Stop Fraud campaign.

A spokesperson says, “Criminals are experts at impersonating people, organisations and the police. They spend hours researching you for their scams, hoping you’ll let your guard down for just a moment. Stop and think. It could protect you and your money.”

Not only in the UK, but across the world, those who have fallen victim to a financial con fear they are more likely to become a victim of misinformation again, our Does fake news affect your business? survey suggests.

India showed the highest rates of vulnerability, with 84% of consumers we surveyed fearing they could fall for misinformation financial scams and 78% saying they already had. The lowest rates are in Australia and New Zealand, where only 54% of consumers thought that they might become victims and 24% admitted this had already happened.