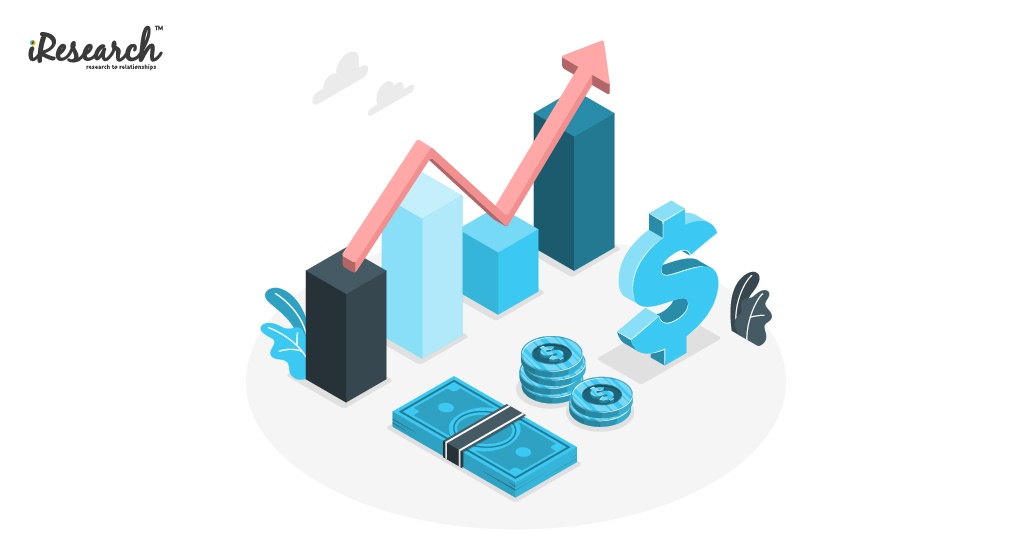 As investors and consumers demand greater sustainability, iResearch Services examine the sustainable practices that will keep businesses ahead of the game

Sustainability and purpose versus profit

To use David Attenborough’s definition of sustainability, a sustainable business is one which can carry on doing what it does over and over and over – forever.

A sustainable business pursues a long-term strategy that allows it to make a positive impact: on the environment; employee behaviour and health; and the wellbeing of consumers or clients who use its products.

A sustainable strategy will involve the pursuit of goals including (but not necessarily exclusively):

It may take years for a business to achieve sustainability, but the long-term rewards can be huge.

In addition to saving the planet and attracting new customers with social responsibility, sustainability can drive business. According to McKinsey, brands with higher ESG ratings (environmental, social and governance metrics) are more financially successful and have more public support.

The survey also revealed that 77% of financial services professionals believe their business is a responsible employer and 73% suggest their business considers ethical issues when working with potential customers.

Mats W Lundberg, head of sustainability at Sanvik, said a sustainable business strategy can only be successful when it is completely embedded in a company’s ethos.

It requires a top-down approach, but it doesn’t end there.

He said: “The biggest factor for success in becoming more sustainable is that leaders take responsibility and are determined to drive changes.”

“All the C-suite execs (CEO, COO, CIO, CFO) need to realise that a well-executed sustainability strategy will be crucial to being a successful and profitable company long term. They must also ensure this is well understood and supported by all relevant stakeholders.”

Some of the most successful sustainable companies didn’t start off that way. They have evolved, using their experience and financial clout to adopt a more sustainable business model.

The annual Global 100 list of the most sustainable companies with revenue in excess of $1bn is led by companies which have reinvented their entire business.

The Global 100 list, compiled by Canadian research firm Corporate Knights, ranks corporations with revenue greater than $1bn based on key metrics of sustainability, among them carbon footprint and gender diversity.

The winner of 2021’s list was Schneider Electric. The French firm has never produced electricity itself but over the last 20 years has moved away from high-voltage electrical distribution to focus on data centres, decentralized electrical distribution – including off-grid solar storage)-and smart solutions to make the world more electric, energy efficient, renewable and digital.

Under its two CEOs – first Henri Lachmann and then Jean-Pascal Tricoire – Schneider Electric became one of the first companies to ask its suppliers to be more sustainable.

Previous winners that have reinvented their business, include the Danish electricity company Ørsted.

Ørsted became the first electricity company to earn the number one spot in 2020 having come 69th in 2018.

Over the last decade the company has completely revamped its core business – divesting in fossil fuels and investing in offshore wind power helped it reduce carbon emissions by 83%, and half the company’s Global 100 sustainability score was dependent on revenue earned from products and services that benefit the environment or society.

Toby Heaps, co-founder and CEO of Corporate Knights said: “It has evolved from being a pretty coal-intensive utility to being almost a pure-play renewable power provider,”

Going ‘net zero’ means a company is committed to eliminating its contribution to climate change – carbon emissions – by 2050.

The net zero targets – set by the UN – have become a benchmark for many companies wanting to adopt more sustainable practices.

According to, 52% of the 550 surveyed either have a formal net zero or agreement or plan to bring one in immediately.

Almost a third (30%) of the 550 financial services companies iResearch Services surveyed say that their business already has a formal net zero agreement, 33% have an unwritten commitment and 22% are in the process of bringing one into their organisation.

Chinese businesses are leading the way, with 58% of firms having in place a formal net zero commitment.

China, which contributes more than a quarter of the world’s total carbon emissions, has pledged to be carbon neutral by 2060.

This contrasts with the US, where only 28% have pledged, and Russia where only 8% of firms who took part in the survey had a formal net zero commitment.

Globally, more than 2,000 companies of all sizes and sectors have joined the UNFCCC Race to Zero campaign.

Around a third of the companies are British businesses and as of the end of March 2021, 30 of the UK’s FTSE 100 companies had signed up to the United Nation’s campaign, which is the largest ever global alliance committed to achieving net zero carbon emissions by 2050 at the latest.

Companies committed to net zero include Covid-19 vaccine maker AstraZeneca, as well as BT Group, Sainsbury’s, and Unilever; together the companies represent a total market capital of £650bn.

With the upcoming UN Climate Summit COP26 in Glasgow later this year, more businesses around the world are being urged to sign-up to Race to Zero.

In the UK, several FTSE100 companies, which are also some of the world’s largest companies, have pledged to reduce their carbon emissions by 2040 or sooner.

In May 2021, the UK will be hosting the Business 7 Summit (B7) in May, as part of its G7 Presidency. Nigel Topping, the UK High Level Climate Champion for COP26, said that with over 15% of the global economy – and now 30% of the FTSE100 – in the Race to Zero, we are close to a critical inflection point. “With credible net zero commitments fast becoming the new normal. If they don’t join soon, the companies that have so far failed to engage with climate change risk falling behind the curve.”

While many companies can succeed in reinventing themselves, those that will be most successful are those that can connect their sustainability to their brand.

Aligning sustainability with a brand helps a company’s employees work towards improving a company’s reputation, during the reinvention process and eventually meeting its customers’ expectations.

Brands that have adopted sustainable strategies include:

The US-based car marker which has invested in electrifying many of its most famous models. It also promotes volunteering, and the employment of minority, women, and ex-servicemen-owned businesses.

The ice-cream maker may be owned by Unilver (an Anglo Dutch company), but its founders were committed to environmental sustainability from the start. In 2002, they launched carbon offsets schemes and a global warming advocacy campaign. All of its products are made of non-GMO ingredients and the company runs a programme to help farms adopt sustainable practices for raising cows without growth hormones.

China’s biggest food company last year raised a US$2.1billion sustainability-linked loan. The loan, which is the largest ever agricultural loan raised secured a lower interest rate in exchange for meeting annual targets on sustainability, such as the sourcing of soybeans produced in Brazil without contributing to deforestation. Cofco International plans to reinvest the margin savings into its sustainability-focused initiatives.

China’s Alibaba Group has set up the Rural Taobao platform which has rolled out service centers in over 30,000 villages to help local merchants sell goods online. The technological conglomerate has plans to widen that network five-fold to 150,000 villages by 2021.

Financial inclusion –helping individuals gain access to basic financial products and services – is a structural change that can help sustainability.

In recent years, developments in this area have been accelerated by supportive government policies, fintech innovations and, latterly, by the need to minimise contact in a pandemic environment.

“In much of the world, financial inclusion plays a key role in reducing poverty levels and boosting prosperity, which is why governments around the globe have been getting behind the effort.”

Teverson pointed out that, according to the World Bank, since 2010, more than 55 countries have made commitments to financial inclusion, and more than 30 have either launched or are developing a national strategy.

“Understandably, fintech is seen by many as a disruptive threat to established banks in developed markets. However, it stands out as an opportunity, rather than a threat, to those incumbent banks in emerging and frontier economies that are driving innovation in their markets.”

Even though many of the world’s unbanked individuals live in remote areas, where the nearest physical bank branch may be prohibitively far away from homes and places of work, rising mobile phone ownership and internet penetration is changing the way the world gains access to financial products.

We have seen behavioural change during the pandemic that appears to be here to stay. Other recent iResearch Services research shows that, during the pandemic, 90% of over 60s in the UK turned to online banking for the first time and 54% are less likely to attend a bank in person after the pandemic restrictions lift.

According to the World Bank’s Global Financial Inclusion Index (“Findex”), 78% of unbanked adults do have access to a mobile phone.

“In emerging and frontier markets, gradually increasing penetration of financial products, combined with supportive demographics, should create a backdrop that, for well-placed financial institutions, proves conducive to strong and sustained earnings growth for a long time to come.”

One of the main challenges facing businesses wanting to adopt more sustainable practices is, not surprisingly, its cost.

iResearch Services research found that the prohibitive costs of sustainability initiatives were stopping half of the global financial services companies surveyed from adopting sustainable strategies.

The need to manage the short-term impact of Covid-19 was another reason, while a lack of resources and a deliberate delay until regulation is in place were reasons for a third of business surveyed adopting more sustainable strategies.

Regulation is a function of government, so it’s not surprising that more than half – 57% – of financial service professionals believe that governments need to do a better job of supporting the implementation of sustainability initiatives.

Before Covid, government policy appeared to be globally synchronised for the first time. Initiatives such as:

So, while many initiatives may seem to have been put on hold, Covid-19 does also appear to have helped provide a focus on sustainable practices that work.

The question now is, just how committed are businesses and governments globally to continuing the momentum that has gathered to date on sustainability?