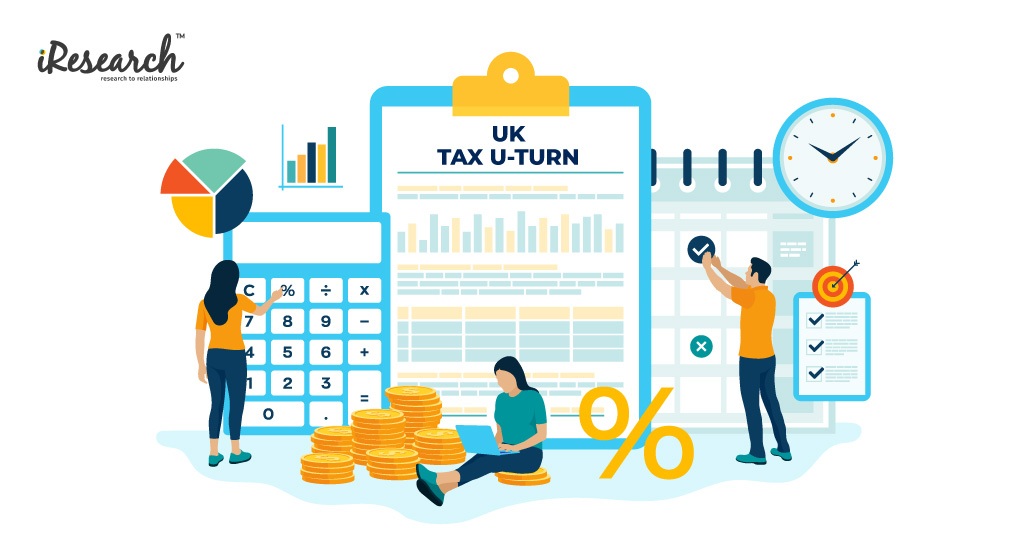 Just a week ago, we asked if the UK mini-Budget would be seen as a great gamble or economic turning point by business leaders.

Well, there has been a rapid response. It turns out that the scrapping of the 45p top-tier tax rate was a risky policy decision that has spectacularly backfired.

New Chancellor Kwasi Kwarteng and Prime Minister Liz Truss were forced into a major U-turn on Monday 3 October, after the controversial proposal ignited turmoil in the financial markets and widespread condemnation from business leaders, the public and Conservative party members.

The pound jumped on news of the change of heart, rising by more than a cent against the dollar to $1.1263 and UK borrowing costs largely fell. This was also due to the Bank of England’s limited-time £65 billion bond-buying programme.

The decision not to go ahead with the top rate tax cut saves only £2 billion out of a £45 billion package of cuts announced in the mini-budget.

UK business leaders and financial service executives have given their opinions on the decision to abandon the abolition, at least for now.

Here we round up a selection of opinions on whether the move was right for the UK economy and businesses:

WHAT THE POLITICIANS SAY

It has been tough, but we need to focus on the job in hand. We need to move forward. No more distractions.
Chancellor Kwasi Kwarteng

Cutting tax is the right thing

Cutting taxes is the right thing to do, morally and economically.

Our focus now is on building a high-growth economy that funds world-class public services, boosts wages, and creates opportunities across the country.
Prime Minister Liz Truss

It’s better to act, it’s better to reverse ferret on something that’s causing a problem like this, and it sends a very important signal to the public and also to the markets that we are serious about sound money.
Former Cabinet Minister, Grant Shapps

The pledge had become a “distraction” from other economic reforms, which would “make a real difference to growth”
Tony Danker, Director General, CBI

No effect on fiscal sustainability

What was a £45bn tax-cutting package is now a £43bn package. This U-turn has, in itself, essentially no effect on fiscal sustainability
Paul Johnson, Director of the Institute for Fiscal Studies

Liz Truss was right to say that “Britain is open for business”, and we echo that in London. We hope some of these promises turn into consistent, predictable and clear policies that provide the stability that businesses across the country require and deserve.
London Chamber of Commerce and Industry

WHAT THE FINANCIAL PROFESSIONALS SAY

The issue was not tax changes announced at the mini-Budget but the institutional ‘scorched earth policy’ that preceded it.
Simon French, Chief Economist, Panmure Gordon

Not out of the woods

Although U.K. assets are reacting well to the U-turn, they are far from being out of the woods.
Jane Foley, Head of Forex and Rates Strategy, Rabobank

Uncertain backdrop for gilts and sterling

The Bank of England and the government are at loggerheads and, as importantly, there is no conviction in government policy. It all makes for a very uncertain backdrop for markets, particularly gilts and sterling.
Neil Birrell, Chief Investment Officer, Premier Miton Investors

It’s a first step in restoring credibility that was lost after the fiscal statement.
Cathal Kennedy, U.K. economist at RBC Capital Markets

The move looks driven by a backlash from her own party and perhaps the threat of a sovereign rating downgrade.
Chris Turner, Analyst, ING Bank

This dynamic should support the pound in the short-term, but we think this will be short-lived, as confidence in the government is shot and policies come home to roost over a difficult winter for the U.K. economy.
Neil Mehta, Portfolio Manager, BlueBay Asset Management

The fiscal package is probably going to be positive in the short term but neutral or negative in the longer term as benefits of tax cuts will be offset by higher mortgage payments and higher business costs.
Shaan Raithatha, Senior European Economist, Vanguard

Until the market sees a clear strategy to fund the energy cap freeze and other measures, we do not expect the pressure on U.K. gilts and sterling to ease, nor the pressure on equities, which is coming from persistent recession fears.
Susana Cruz, Strategist, Liberum Capita

The fact that both the pound fell back, and gilt rates started to move higher after the news had been digested, is the market’s way of saying there are still plenty of problems with the government’s finances, state of the consumer and business, and economic outlook.
Russ Mould, Investment Director, AJ Bell

The UK situation raises two investor considerations. Will the policy proposals actually pass Parliament? Normally a finance bill is considered a vote of confidence, but specific parts of the policy proposals are widely and strongly opposed. If the policies do pass Parliament, how long will they last? An election is due in 2024; if markets price a change of government (and policy), that may put a floor under asset prices.
Paul Donovan, Chief Economist, UBS Global Wealth Management

The Prime Minister was hoping to carve out a reputation as the new Iron Lady, instead, she will be seen as highly malleable.
Susannah Streeter, Senior Investment and Markets Analyst, Hargreaves Lansdown

As these sample reactions show, one of the main reasons this u-turn happened was that UK business and the financial markets were so unitedly set against it. Markets thrive on credibility and businesses benefit from consistency from government, both of which have been lacking. The successful bond-buying scheme demonstrates that monetary and fiscal policy should work closely together.”

Leverage technical and economic data analysis and informed opinion from iResearch Services to help guide your investment decisions. Contact us for more information.