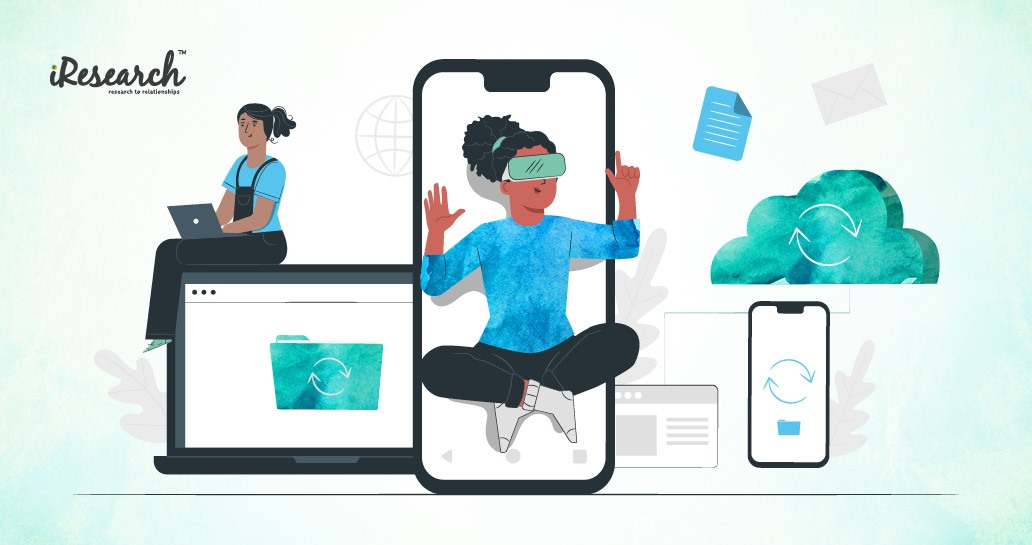 Artificial Intelligence, cloud computing and automation are being used in the struggle against climate change with all the recent talk about the metaverse, it’s good to know that the tech sector hasn’t forgotten about the real world, especially when it comes to looking after our planet and the people and other organisms who live on it, says Gurpreet Purewal, Vice President of Sales – Thought Leadership at iResearch Services

Sustainability is of growing importance within tech, as shown by the findings of our recent ‘How Sustainable in Tech?’ report based on a survey of 550 executives across 11 countries conducted during the run-up to COP26 in late 2021. Among our key findings are that 89% of tech companies believe it is essential to be seen as a sustainable and ethical brand, with the same percentage of respondents saying sustainability is important when choosing a new employer.

But in the high stakes struggle against climate change, intentions – no matter how earnest – don’t really cut the mustard. Real solutions are needed. Thankfully, some powerful technology is being developed and deployed right now in an effort to turn the tide, with artificial intelligence (AI), cloud computing and automation to the fore.

NVIDIA is building Earth-2 (E-2 for short), which it claims will be the world’s most powerful AI supercomputer to predict climate change. The objective is to create a digital twin of Earth that can be used for climate modelling by predicting extreme weather changes in different regions of our planet decades from now.

Smart cloud computing choices can also help companies become more sustainable. In its report The green behind the cloud, Accenture analysed the leading public service cloud providers – i.e. cloud services provided over the public internet by third parties. This analysis found that “average enterprise-owned-to-cloud migrations” can deliver a 65% energy reduction and 84% carbon reduction. Better data insights from such transitions can help with the move to cleaner energy and the reduction of material waste.

But that is not to say that data centres are inherently green. In fact, they require a considerable amount of power, which often comes at a significant environmental cost. According to CNBC, the city of San Francisco uses only half the electricity required to run Google’s data centres across the globe. That said, Google became carbon neutral as long ago as 2007 and has pledged to operate completely on carbon-free energy by 2030.

Singapore went as far as putting a “temporary pause” on data centre construction in 2019 over concerns about its carbon footprint. The hiatus ended in January 2022, but to gain approval new facilities must demonstrate “resource efficiency”.

The ideal scenario going forward is the development of a wave of innovative technologies, which do far more good than harm for the environment. But overcoming the power consumption downside to deliver solutions that are truly sustainable is far from easy.

Waste, recycling and pollution avoidance are obviously of major concern for many organisations, and the increasing sophistication of monitoring technologies is one way to help improve performance in this area. A case in point is a new Internet of Things (IoT) platform developed by Semtech, which utilises a network of sensors to provide an early warning of potential environmental problems. Potential applications include sustainable farming, water conservation and flood monitoring.

Agriculture is one field that has seen enormous strides in automation. Solutions that bring together sensors, geospatial intelligence and AI can improve the efficiency and sustainability of farming by increasing the precision of planting and harvesting for better crop yields – and a resulting reduction in fuel usage by agricultural machinery.

Advancements in machine learning cameras, GPS technology and sensors mean automated farming equipment can follow field boundaries and recognise and avoid bodies of water, such as ponds. Astonishingly, this kind of equipment can be positioned with an accuracy of 2.5 centimetres, something even the most accomplished farmer would struggle to achieve via traditional methods.

AI can also be used to analyse farm data to model future crop yield and weather patterns. Beyond farming, it is also increasingly playing a role in optimising energy consumption, which, given the rapid escalation in fuel prices over recent months, has a clear financial upside, as well as an environmental one.

Technology can be both a cause of sustainability problems and an answer to them. Let’s hope we’re on course to see a lot more of the latter.