The Art of Influencing & Not Informing 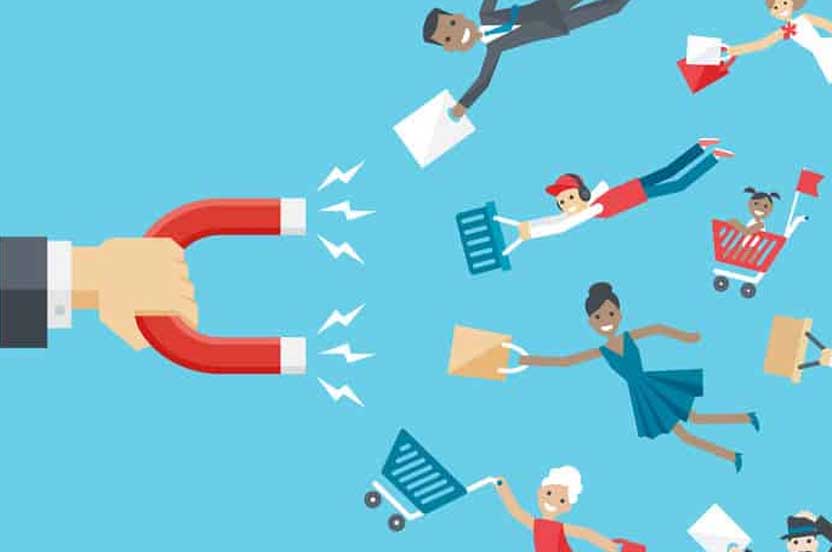 When the iPhones first launched in the year 2007, the world was taken by a silent storm.

For one, this was a company coming out of the shadows to compete against the powers that be in all of Nokia, Blackberry, Palm and such other household names at the time – and they were doing it with a different OS too.

The issue here was not that the phone didn’t hold its value for the money. It was that the general public might not have known what to do with it – and this could have killed off the phone (like what happened with the Windows Mobile project).

However, the iconic Steve Jobs would not rest till his phone was out there in the hands of almost everyone.

Did he choose to inform the market about how that iPhone was the best piece of hardware they could own? Nope. But then, he did chart out a path to influence people towards making this seemingly overpriced buying decision.

Today, Apple is the first trillion-dollar company in the world, and they did so before Microsoft – who, at the time, believed Apple was going nowhere with the iPhones.

So, that brings us to the question…

Why Influence, rather than Inform?

We could go on and on about why you should master the art of influencing rather than informing, but the basic difference between these two lies at the core of their definitions.

To inform, about all that has to be done is passing down some form of instruction or training to others in need – or perceived to be in need – of it.

When informing, the impact of such an information usually leaves the room when the instructor leaves. It, thus, takes extra effort on the part of the informed to imbibe the lessons and values that have been as a result of the training/ information session.

Looking at the art of influencing, that is a whole ‘nother ball game.

Influencing takes much more effort than informing ever would. It goes beyond just passing on information actively to ensure it is spread passively too. Before you can hope to influence, you must have been informed to the highest level yourself. Not just informed, but become an embodiment of such information base too.

Influence refers to the power an individual/ brand wields over others, enabling them control/ manipulate situations and outcomes by modifying the thoughts and conducts of those they have influence over.

Unlike it is with informing, influence does not leave the room when the influencer does. It sticks around, and lingers on in the minds of those whom the influence is targeted towards.

Mastering the Art of Influencing

One of the brands we love the most, besides Apple (obviously), is Coca-Cola.

Having been watching their ad campaigns and commercials for a while now, I see a solid change in how each one is approached. They have moved from an age where they would simply inform you about the product to one where they just had to influence you.

You might not have noticed this before, but their message is now always one that resonates with the audience.

It is not a game of ‘Why should you take some Coca Cola?’ anymore. It is now a time of ‘Why you should grab a bottle.’ Subtle changes, but powerful anyways.

So, how do Apple, Coca-Cola, Steve Jobs and all the highly influential brands/ personalities do it?

Every individual has a driving force – something they are looking for. Most times, even they do not know that it is there, but they will identify with it once such a force is placed in front of them.

Should you aim to influence these set of people, you have to cater to the force behind all their actions; whether voluntary or involuntary.

That is where research comes in.

By launching a study into your target market/ audience, you know what sets them off. You know what their pain points are, and with that you can come up with a strategy tailored to their needs.

Besides ensuring your influence goes a longer way, solid research also ensures you don’t focus your energy and efforts on a white elephant project.

Furthermore, influencing is a tricky game. Get it wrong with your audience once, and you may never have a shot at it again.

What would you do if someone were to bring a highly super-powered computer to you right now, and they started telling you all about the specs that makes it stand out from the bunch? If you aren’t a very tech-savvy person, or already had a computer which handles your tasks just fine, you would most likely not be fazed by the shiny new toy they are trying to sell you.

Now, we try that another way:

Say, the same person brought you reports which showed improved conversions and a better revenue stream. Then, they proceeded to tell you that they were able to get that done with the said supercomputer. Doesn’t that change the narrative for you?

Even if you had a performing unit, you would like to try out the promises that the new shiny new one brought.

That is, yet, another difference between influencing and informing.

To properly explain this, Coca Cola comes to mind again.

If you are a follower of their campaigns, you cannot help but notice how they have mastered the art of creating the kind of content their viewers want to see.

For one, I have seen a Coca Cola ad in a cinema, during sporting events, music festivals, restaurants and much more. What I notice about all these is that they are wildly different, yet point to the same thing.

The truth is that your cinema-going audience is not the same with the sports-watching market. Of course, we could have a bunch of people fit in both shoes, but they are not consuming both content with the same mindset.

Thus, you have to tailor your message at that point in time to the current mindset of the audience you are delivering to.

Personally, we would not take a Tesla top executive seriously about how great the company’s cars are if they are driving a Toyota themselves. Doing such suddenly makes their target audience feel like there is something better in the option the influencer themselves have opted for.

Moreover, it brings down the whole credibility of their influence in the first place.

This defines the reason behind top companies dropping their ambassadors when spotted with products from rival brands. This happened with the likes of Ronaldinho – the football player who lost millions in endorsement from Coca Cola just because he publicly took a sip of Pepsi – and with many more athletes too.

Beyond understanding your audience and tailoring your message to suit their very needs, you also have to show them you believe what you are peddling. Otherwise, your influence is just as strong as butter is against hot knife.

Being an informer is not uncommon these days. In fact, that is what every other brand and individual is doing. With the world now shifting towards influencers, you would be losing out on a lot of your potential market if you don’t start establishing yourself as an authority in that field right away.

Would you rather go the way of the masses or stand out and become an influencer in your field/ niche today?