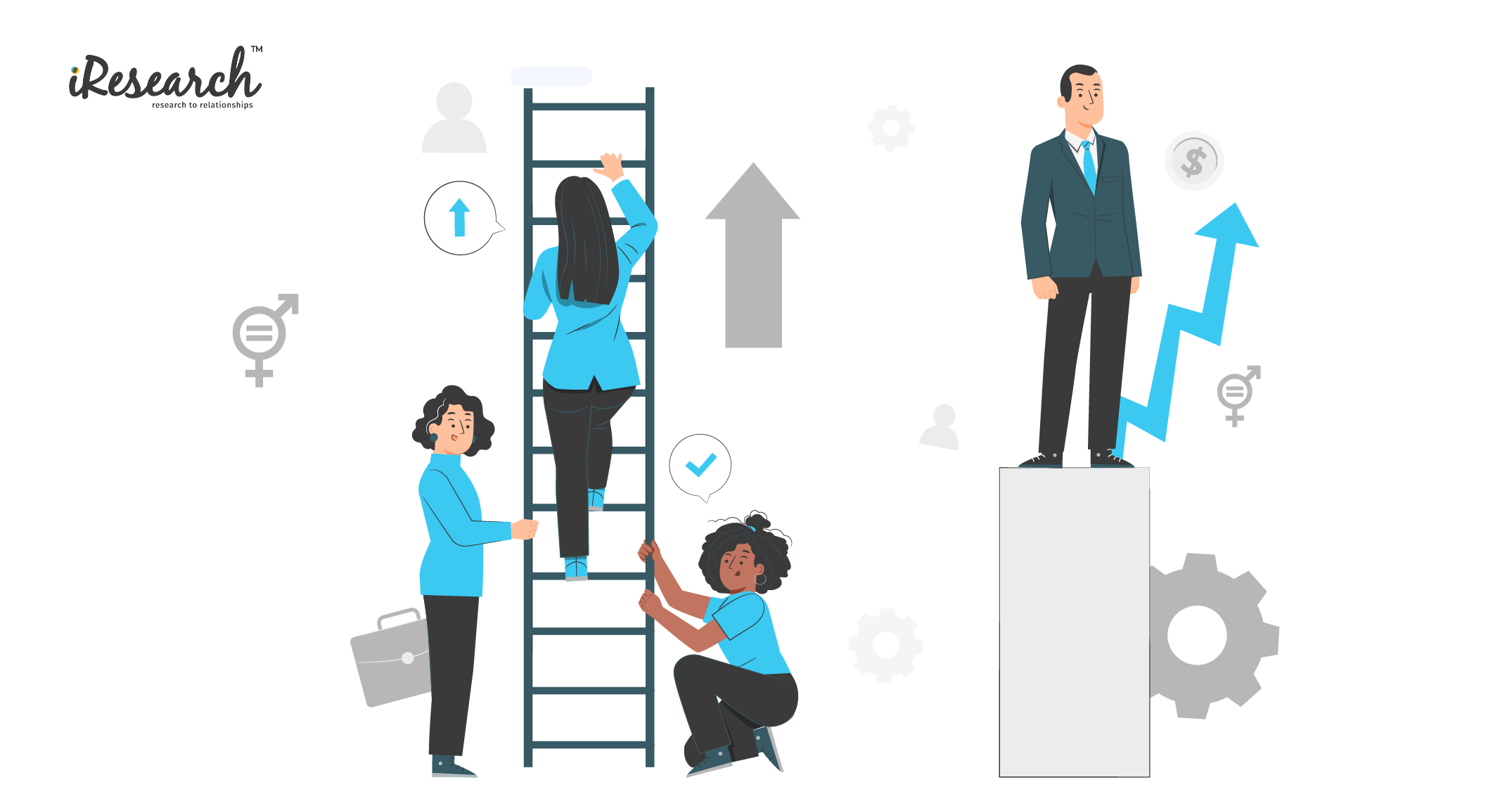 Gender discrimination is perhaps the most pervasive and historically enduring form of discrimination around the globe, affecting half the world’s population.

In this blog, we explore the state of gender disparities, how quickly we are likely to see gender equality in the workplace, and how failing to act will affect the economy and business success.

It is not enough

According to the World Economic Forum’s (WEF) Global Gender Gap Report 2022, we will reach gender parity in economic participation and opportunity in 151 years. Indeed, the WEF says that global gender parity in the labour market has declined since 2009, a product of the financial crisis and the pandemic.

While the gender pay gap has shrunk in recent years, it increases the older you are (Source: Our World in Data). Researchers have referred to the phenomena as the ‘motherhood penalty’, a product of subjective bias, limited childcare options and poor parity in parental leave.

During the Covid-19 pandemic, the International Labour Organization (ILO) said women were 19% more likely to lose their jobs than men. They were disproportionally more likely to care for children during lockdowns and school closures; a survey of 16 countries revealed that women did 29% more childcare than men during the pandemic. https://www.unwomen.org/en/news/stories/2020/9/feature-covid-19-economic-impacts-on-women?gclid=EAIaIQobChMIr6nOo5vg-wIV5OjtCh3zSQyiEAAYAiAAEgLnzfD_BwE

An issue of intersectionality

Regarding intersectionality, women of colour report fewer offers of support, fewer allies, more microaggressions. Women with disabilities are more likely than other women to have their judgement questioned (Source: McKinsey). Although the evidential base is developing, we know that transgender women are more likely to face discrimination in employment. Transgender adults are twice as likely as cisgender adults to be unemployed in the US. All intersectionalities impact pay.

Our report on DEI in the professional services sector – A Fairer Future – shows gender inclusivity is also sector dependent. A higher degree of women than men are entering the law profession in the UK, but only 28% of architects are female.

Women have a long way to go before they are even close to parity with men.

Spotlight on gender and leadership

When it comes to leadership in professional services, our research revealed that only 28% of law partners are women. Architecture, accountancy and consultancy have similar or worse numbers of women in senior positions. High numbers of women are leaving the professions at a time when they could achieve seniority.

The ILO reports that since 1991, women have been filling managerial positions faster than men (Source: WEF). However, women have still yet to significantly impact the boardroom. The ILO’s analysis also reveals that the larger the company, the less likely women will be on the board, perhaps because 76.9% of enterprises believe that a top-level career implies an “anytime-anywhere” availability.

Worryingly, The Reykjavik Index for Leadership has found that trust in women leaders has fallen in the past year. Fewer than half (47%) of respondents from G7 nations said they were “very comfortable” with a female CEO, down from 54% a year earlier. The shift may be a consequence of the hardening of traditional roles for women during the pandemic due to job losses and the lack of childcare. Right-wing political populism might also be playing a role; epochal moments such as the overturning of Roe v Wade indicating a growing backlash.

Gender inclusion and the business bonus

If we were guided by economic rationalism instead of traditional values and emotional reflex, we would already have full gender parity at all levels of the labour market.

Analysis by the World Bank revealed that if gender employment gaps were closed, Gross Domestic Product (GDP) per capita would be 20% higher. Were women starting and scaling new businesses on a par with men, the world would gain by $5-6 trillion. McKinsey estimate that if women achieved full parity in the labour market, as much as $28 trillion could be added to global annual GDP by 2025 – broadly similar to the US and China’s combined GDP.

Why are gender inclusion and economic performance correlated? It may have something to do with the different values and behaviours that women bring. A review of evidence by Hoodendoorn et al (2013) proposed that mixed-gender teams are more ‘generous’ and ‘egalitarian’, with more meaningful working relationships. An International Monetary Fund Working Paper (Bertay et al. 2020) suggested gender inclusivity allowed for a better talent pool. Furthermore, women, as previously ‘marginalised’ employees, may have higher productivity.

What can businesses do to advance gender equality and inclusion? We have looked at the solutions offered by three significant sources 1 and combined them into four areas: culture, measurement, organisational processes and the interpersonal.

Cutting through a culture of gender discrimination is not easy. But not pushing for equality is self-defeating when it comes to business. It is time to integrate economic self-interest into a message of social justice for women worldwide.