Thought Leadership Strategy: Steering Away From the 5 Biggest Mistakes 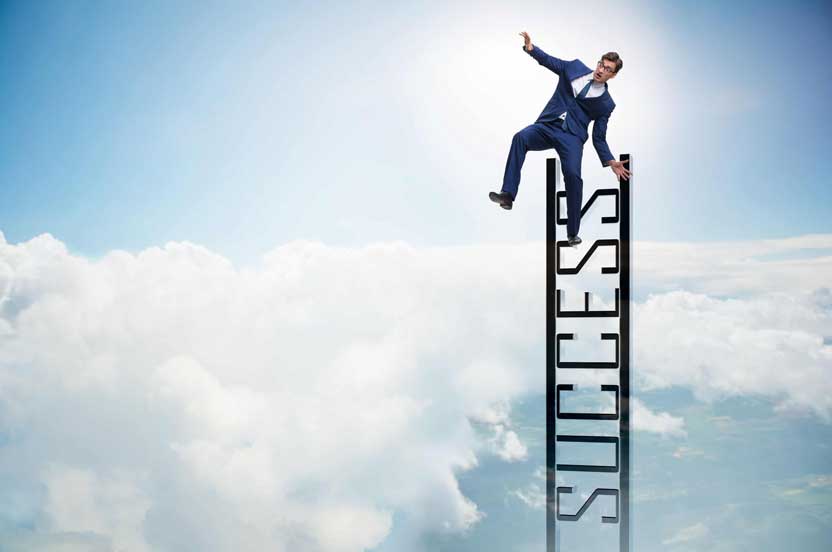 Success lies in the subtle art of knowing “what not to do”! Weeding out the inessentials, following a certain regime of clearly veering away from practices and traditions, that’s easy to get stuck into, and eats into the vitals, proving less productive and at times detrimental, forms key to a sustained path to success. Individuals, businesses, brands that have done exceedingly well, over time, developed the knack of staying away from the undesired. They incorporated such filtration practices into their lives and institutions, showcasing how it can be leveraged as an enviable trait to secure oneself and remain ahead.

The size of information on virtually, any topic or thought per se, is simply overwhelming. It’s the hallmark of the age we are into. A virtual glut! How does that one wade through this colossal expanse of information and arrive at something substantial. Thought leadership as an idea, a key strategy, a indispensible component of corporation’s vision has gained firm ground. From being an esoteric idea, it has of late, caught our fancy. Everyone wants to tap into potential it holds, for being a game changer and remaining ahead of the clutter.

Consultancy and strategy firms, cannot alone, now claim ownership of thought leadership, though it made it humble beginnings there. It has become all pervasive now. And the downside being, literally, everyone claiming to have cultivated thought leadership, without even having even the rudimentary idea of it’s do’s and don’ts ! How it has been able to hold our collective imagination can be gauged out from the fact that a simple search of the key word, throws up a whooping 46 million results! It is here that one needs to tread cautiously and not end as one from the crowd, in pursuit of branding oneself as thought leader. We bring out the pitfalls one needs to avoid, persistently, and strictly avoid the inconsequential, on the road to thought leadership.

Spanning out, instead of zeroing in!

It’s easy to fall for the trap. Contrary to popular opinion that, having a broad field to play on, and positioning oneself as having definitive voice on a range of issues or topics, the very essence of thought leadership entails zeroing in on niche areas and honing skills therein. Business leaders marketing themselves as thought leaders on an array of subjects lose objectivity and do not stand out. They just fizzle out, due to the sheer outlook and expectation of knowing all weighing on them, which is often humongous to live upto. So, quite certainly, “the riches are in the niches”!

When one talks about leadership, it’s not hard to separate the element of self promotion or brand marketing. It invariably creeps in. And this is no sin we are committing, in attributing a commercial proposition to it. But the caveat it, we should be absolutely sure it doesn’t sound like an advertising gimmick. The whole idea of thought leadership rests on one’s ability to provide leading-edge and unique ways of solving problems, by not directly selling oneself or the business. This distinction should be crystal clear, because informed and discerning audience has neither the patience nor the ear for an overt sales pitch. They will just move away, without a whimper. And one runs the risk of having stereotyped or image tarnished even before taking off. So, no hard-selling !

All theory and no practice!

Followers, recipients, audience absorbing the ideas of a thought leader are eager to actually know how the idea plays out in reality. Curious to know if it can pass the test of practicality. They are literally hungry for insights that bring them relief rather than paint a utopian idea. Their complications and issues should be solved when the ideas of a thought leader specific to the discussion are applied. It’s almost like the bounden duty of a thought leader to gain that trust and show that it’s not merely a conglomeration of jargons, but ideas worth replicating! Translation of potential theoretical ideas into robust practices makes all the difference. Summing up, it should be fool proof and absorbable across the spectrum.

Articles are the carrier of ideas, of a thought leader. Making it a vehicle of dissemination of his insightfulness, he carves out an image. It is here that quality of article, perhaps, and rightly so, becomes the single most factor of gaining wide respect and command. An idea, embedded in a deftly curated article, stirs open a discussion, gets wide citation, is shared amply, quoted and becomes the talking point. Jumping the bandwagon, joining the chorus of churning out content which is insipid, jeopardizes the brand image. It is not only counter- productive but self effacing too. It is anything, but thought leadership. It eventually gets lost as flotsam and jetsam! Quality over quantity as they say!

Shying away from sharing follies and foibles

Thomas A. Edison, famously said when he stumbled upon the right way to create a light bulb, after a series of inglorious 10,000 failed attempts at doing so, that “I have not failed. I have just found 10,000 ways that won’t work!” . He can rightly claim his position in the hallowed portals of scientific world as a thought leader; by the age of 84, he already had a record 1,093 patents (singly or jointly) under his name. Thought leaders are leaders, and should make the audience believe that there is a certain strength in failures. Some of the most endearing tales of courage, innovation, and development in human history are also stories of daunting failures. Sharing them with audiences, readers and target groups, paves the way for an instant connection and a lesson to gain from. It motivates and drives people.